The resilience of the people we serve is our inspiration to push through barriers to create a world where no life is limited by genetic disease. These are just some of the individuals who drive us to do more. 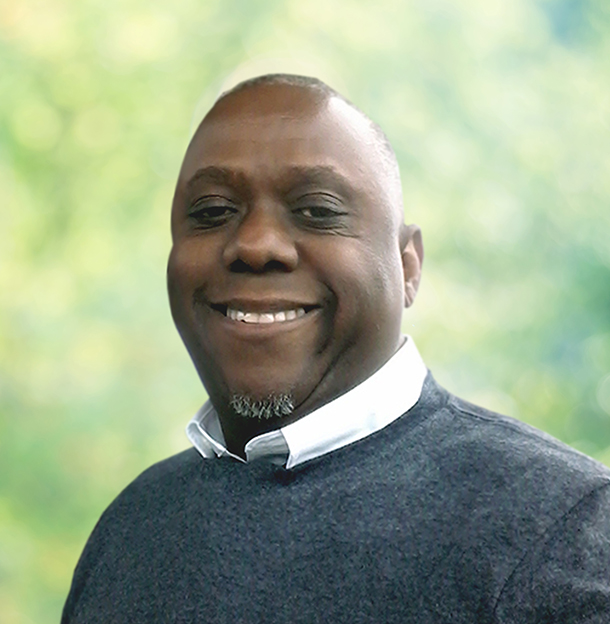 For Phillip Smith, it was just another day in fifth grade outside with his friends, playing one of the many sports he’d grown to love during his childhood: slow-pitch softball. He held up his glove to catch the ball, like he’d done dozens of times before.

But this time, the ball didn’t make its way into Phillip’s gloved hand. Instead, it collided – hard – with his elbow. For most kids his age, this type of playground mishap might have resulted in a trip to the nurse’s office and an ice pack. For Phillip, however, the decision he made that day would have life-long consequences.

Phillip was born in 1960 with severe hemophilia A, a rare bleeding disorder. Growing up in Illinois, his older foster brother, who also had hemophilia, encouraged Phillip to be cautious when playing with his friends. He recalled that “there were a lot of ‘don’ts,’” due to fear of inadvertently causing a bleed that would send him to the emergency room for a blood transfusion, the standard hemophilia treatment at the time for a serious bleed.

He was an adventurous child, however, who enjoyed sports, ranging from basketball, to dodgeball, to baseball. That day when Phillip got hit in the elbow with the softball, he decided not to confide in his foster parents because he was afraid that he would get in trouble. “So, I kept it secret,” said Phillip. “That elbow ended up being a target joint for a couple of decades,” meaning that his elbow became a joint that bled frequently for many years after that incident.

“If I had told my parents, I may not have had to endure such frequent trips to the emergency room and to physical therapy in the years since then,” Phillip said. In retrospect, he knows now that one should “treat as soon as possible” because “the longer you wait, the more damage you’re doing to your joints.”

Phillip suffered additional challenges throughout his youth and young adulthood due to lack of safe treatments for his hemophilia. When he was a teenager, he acquired hepatitis C from a blood transfusion and later, the HIV virus from the plasma products used for hemophilia treatments.

Yet, despite these tribulations, Phillip has retained his uniquely sunny disposition. Hemophilia, and all that’s come with it, has taught him compassion and also to “be more patient and empathetic than I might have normally been.”

He since went on to pursue a career in specialty pharmaceuticals and has maintained his active lifestyle. Phillip is optimistic for what the future holds for people like him with hemophilia. He encourages others who he meets in the hemophilia community to seek out answers to their questions about the disorder, and to stay informed about research and the development of potential new treatments. “Make sure you educate yourself. If you don’t have a science background like I do, talk to your physician,” he said.