A range of inherited retinal diseases (IRDs) are core targets for us as we strive to turn genes into medicines for patients with inherited genetic diseases. We are proud members of the global IRD community, dedicated to developing patient-focused initiatives, from clinical research and educational programs, to programs designed to increase access to genetic screening for people with IRDs.

What are inherited retinal diseases?

Inherited retinal diseases (IRDs) are a group of rare blinding conditions caused by one of more than 270 different genes. Some people living with IRDs experience a gradual loss of vision, eventually leading to complete blindness. Others may be born with or experience vision loss in infancy or early childhood. Obtaining a confirmed genetic diagnosis through genetic testing is the only way to verify the exact gene mutation(s) that is the underlying cause of an IRD.

Since 2015, Spark has been working to make the critical diagnostic step of genetic testing more accessible to those living with an IRD. Learn more about the benefits of testing, our work with the community and the
programs we offer.

Gene therapy research is an investigational approach to treat or prevent genetic disease. This research is showing exciting potential for patients with inherited retinal diseases.

LEARN MORE ABOUT OUR APPROACH TO GENE THERAPY RESEARCH
People with conditions like ours talk of trying to build a visual scrapbook, placing our visual memories in our brain
×

“People with conditions like ours talk of trying to build a visual scrapbook, placing our visual memories in our brain.”

Becoming an accomplished Impressionist-style painter is not the most obvious choice for someone who is facing a deteriorating eye condition, but that has been Eric Hartman’s calling for the past 15 years.

A business executive turned artist, Eric was living on Cape Cod in the early 2000s when he began to train in the style of Monet and Degas in 19th-century France. He has been at it ever since. Eric’s art has taken him places near and far – from months-long plein-air immersions in the French countryside, to afternoons with his easel in City Park, in his native New Orleans. Even though his sight has continued to diminish, his zeal to experience and capture the landscapes around him has only grown.

“People with conditions like ours talk of trying to build a visual scrapbook, placing our visual memories in our brain,” Eric said. “The more I have done my art, the more visual I have become. My sense of color, of composition, of shadows have fine-tuned my eye.”

While art has given Eric a deeper connection to the world around him, the work that Eric has done through the Choroideremia Research Foundation (CRF) has done the same for thousands of people throughout the world with choroideremia.

CRF emerged in the late 1990s to become a leading provider of patient support services for its almost 600 members in 12 countries. CRF has also become a catalyst for scientific research, investing millions of dollars to support academic researchers focused on the condition.

While the organization’s research agenda is aimed at accelerating potential breakthroughs to preserve or restore sight, it is equally focused on meeting the needs of people living with a condition that can be deeply isolating. Growing up in New Orleans in the 1960s and 70s, Eric, himself, did not meet another person with choroideremia until he was 40 years old, in 1998. When he did, it was an overwhelming experience.

“Suddenly, the struggles I faced on a daily basis were relatable – walking into half-opened doors, losing my place in darkened rooms. I met others who were comrades in arms, and we began learning from each other. It was such a relief that there are people for me to talk with.” 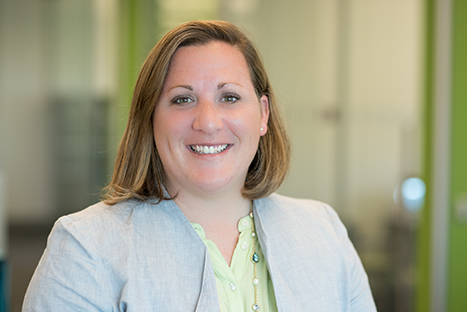 Spark’s newest resource Eye Want 2 Know® aims to equip those living with an IRD with the knowledge and resources they need to get started with genetic testing. Learn more about the benefits of genetic testing, locate a provider and connect with others in the community. 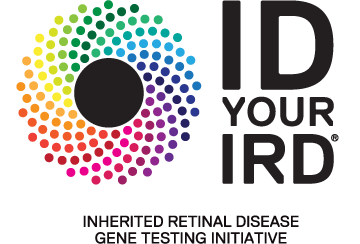 In order to ensure Eye Want 2 Know is a comprehensive resource for genetic testing for IRDs, Spark Therapeutics also recently unveiled an enhanced ID YOUR IRD® gene testing initiative that tests for variants in approximately 300 genes known to cause IRDs and includes optional genetic counseling, both available at no charge. Learn more about our expanded genetic testing panel and terms and conditions of the program.

Additionally, we work with advocacy groups from around the world to help connect patients and families to education, research, support services and each other. Below, please find a partial listing of several groups from the IRD advocacy community.

Celebrating Foundation Fighting Blindness’ Work in the Community and The Illumination
×

Celebrating Foundation Fighting Blindness’ Work in the Community and The Illumination

In November 2017, Spark Therapeutics welcomed the Foundation Fighting Blindness (FFB) to host an exclusive screening of The Illumination, a powerful documentary chronicling the origin of the FFB, its founders and its quest to help create a new field in vision science, one that is seeking to deliver on the real promise of restored vision. The Illumination is a joint project of The Nantucket Project and the FFB. The documentary has been shown at film festivals across the country and has earned festival honors at numerous events.

Spark employees and special FFB guests from around the world were able to view the screening and interact with the film’s creators. The inspirational event featured a version of the film with audio narration to simulate the experience of a visually impaired audience. Among other invited guests from the FFB, Gordon Gund and his wife Lulie, founders of FFB, along with Tom Scott, the film’s director, spoke on an interactive panel following the screening.

Spark Therapeutics is proud to be a part of the patient communities we serve and our local community in Philadelphia where we are headquartered.

On October 6, friends, families and allies of the Foundation Fighting Blindness (FFB), a nonprofit organization focused on research for preventing and treating blindness caused by inherited retinal diseases filled Philadelphia’s Independence Hall (famously where the United States Declaration of Independence and the United States Constitution were adopted) to participate in FFB’s annual Philadelphia VisionWalk. The Spark team, which numbered more than 40, sported their new Spark Cares shirts to show support to the community.

Team Spark also participated in the Eastern PA Chapter of the National Hemophilia Foundation’s annual Trick or Trot Family Walk on October 7. For the first time in its history, the event was held at the Philadelphia Zoo, where more than 50 Spark team members and their children, many in costume, gathered to celebrate the community spirit, raise awareness of hemophilia and associated research and build our connection with the local hemophilia community.